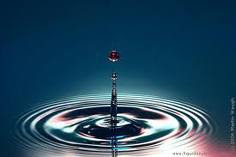 WHAT IS HYPNOTHERAPY?
Hypnosis is an altered state of consciousness. It happens when a state of mind is achieved in which suggestions alter someone's awareness, memory, or thinking in a way that the hypnotized person responds to the alteration as if it were reality. It's supposed to be done with a specific, clear short-term aim -- to get to the bottom of something that the patient is not able to bring to mind or to consciously stop doing.
Hypnosis is not a form of sleep, but of concentration that bypasses the usual critical or evaluative activities of the mind to get to underlying matters. The patient becomes much more open to suggestion and guidance -- not so much a loss of control as openness, agreeing to what someone else is suggesting
Hypnotherapy is a technique that uses the hypnotic state, which enables changes in perception and memory, a major increase in response to suggestion, and the potential for controlling many physiologic functions that are usually involuntary. Hypnotherapy uses guided relaxation, intense concentration, and focused attention to achieve a heightened state of awareness that is sometimes called a trance. The person’s attention is so focused while in this state that anything going on around the person is temporarily blocked out or ignored. In this naturally occurring state, a person may focus his or her attention—with the help of a trained therapist—on specific thoughts or tasks.
How does Hypnotherapy Work?
Hypnotherapy is usually considered an aid to psychotherapy (counselling), rather than a treatment in itself. It helps with psychotherapy because the hypnotic state allows people to explore painful thoughts, feelings, and memories they might have hidden from their conscious minds. Hypnosis enables people to perceive some things differently, such as blocking an awareness of pain.
We remember it and learn a particular behavior in response to what happened. Each time something similar happens, our physical and emotional reactions attached to the memory are repeated. In some cases these reactions are unhealthy. In some forms of hypnotherapy, a trained therapist guides you to remember the event that led to the first reaction, separate the memory from the learned behavior, and replace unhealthy behaviors with new, healthier ones.
During hypnosis, your body relaxes and your thoughts become more focused. Like other relaxation techniques, hypnosis lowers blood pressure and heart rate, and changes certain types of brain wave activity. In this relaxed state, you will feel at ease physically yet fully awake mentally and may be highly responsive to suggestion. If you are trying to quit smoking, for example, a therapist's suggestion may help convince you that you will not like the taste of cigarettes in the future. Some people respond better to hypnotic suggestion than others।

MYTH: Hypnosis Is a Sleep
The term hypnosis is derived from the HYPNOS (sleep). Therefore, some people think that hypnosis is a form of sleep. This is myth. If a person tries to talk under sleep would get terminated sleep and communication cannot be done simultaneously. Whereas, when a person is under hypnosis, even lengthy communication can be done with him without termination of hypnotic trance

MYTH:-There Is Of Total Loss Awareness In Hypnosis:
The total loss of awareness is observed in coma and generalized anesthesia. A person who is comatose or under the influence of anesthesia, cannot know what is happening to him and in his surroundings. You cannot talk to a person in such a state. Whereas in hypnosis; a part of awareness remain active. A hypnotized person remains partially aware of himself and his surroundings.

MYTH:- A Hypnotherapist can make you do anything...:
Some people may think that through hypnosis, a hypnotist can take control of one’s mind and get immoral or criminal acts done or he may become slave of the hypnotist. This is not true. Under hypnosis, a person cannot be made to break his moral code. The suggestions of the hypnotist are acceptable to the extend they are permitted by the moral code of the individual. Since a part of awareness remain active under hypnosis; all the suggestions are evaluated by this aware part of mind and allowed to accept only when they are congruence to the moral code

MYTH: - Only Mentally Weak Are or Sick People Hypnotizable
In fact the opposite is true. The capacity to be hypnotized is a statement of relative mental health. A mentally retarded person. A brain damaged individual or a person with chronic schizophrenia may be considered as the person of weak mind. It is difficult and often impossible to hypnotize person with such a condition. Hypnosis is best accomplished in persons of average and above average intellectual functions.

MYTH: - One Can Vomit Dark Secrets of One’s Life under Hypnosis
A person in hypnotic trance remains partially aware of his mental state and the surroundings. Whatever is asked from him in this state; it gets filtered from this partial awareness. There are subject who withheld solicited information during hypnotic trance but later on voluntarily shared such information..
MYTH: A Hypnotherapist can make you do anything...
A Hypnotherapist cannot make you do anything against your ethics, values, or beliefs.
MYTH: You will not come out of trance...
At most you will move into a natural sleep and wake up feeling energized and refreshed.
MYTH: Hypnosis is dangerous...
In fact, there is nothing dangerous about hypnosis by itself. If there were, we would certainly know it. We would have to tell ourselves not to slip into another state of consciousness, not to day dream, not to concentrate deeply, not to become totally absorbed in things of compelling interest.
MYTH: The hypnotist must be charismatic, unique or weird...
In fact, a flamboyant or eccentric personality might well disturb the trusting atmosphere that serves to bring out a person's trance talent.
.